In 1968 at the young age of 16, Reynaldo Robledo, left his home state of Michoacán, Mexico to work the beautiful vineyards of Napa Valley. It was at the Christian Brothers Winery that Reynaldo experienced his first vineyard. That same day he learned to prune his first vine. He spent the following three decades working in several vineyards learning as much as possible about this unique type of farming. His experience continued to grow with him eventually leading to the role of managing vineyards with hundreds of acres and many men. In 1996, Reynaldo began his own vineyard management company, Robledo Vineyard Management, LLC. As his skills in the vineyards continued to evolve so did his affection for the product he was producing.

During the beginning years the family purchased fourteen different vineyards, totaling to approximately 350 acres, in Sonoma, Napa and Lake Counties. Together, the Robledo family opened the first winery established by a former Mexican migrant worker in October 2003. Although they still sell most of their fruit to other wineries, they now produce an impressive portfolio of premium wines.

We think every bottle of wine produced by Robledo Family Winery is a small triumph. The quality of our wine displays viticulturist Reynaldo Robledo's skills of the grape culture. He overcame his humble beginnings as an immigrant field worker to become one of the most successful vineyard consultants and winery owners in the northern California Wine Country. More than anything, Robledo Family Winery is a success because Reynaldo shares his knowledge and passion about the industry with his children and grandchildren as they continue to cultivate the dream for years to come. 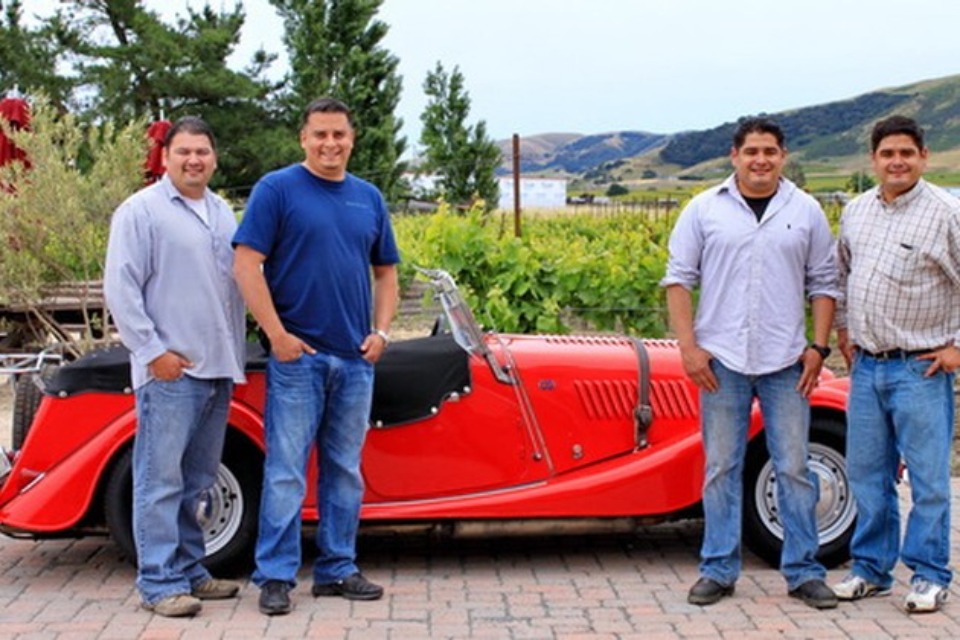